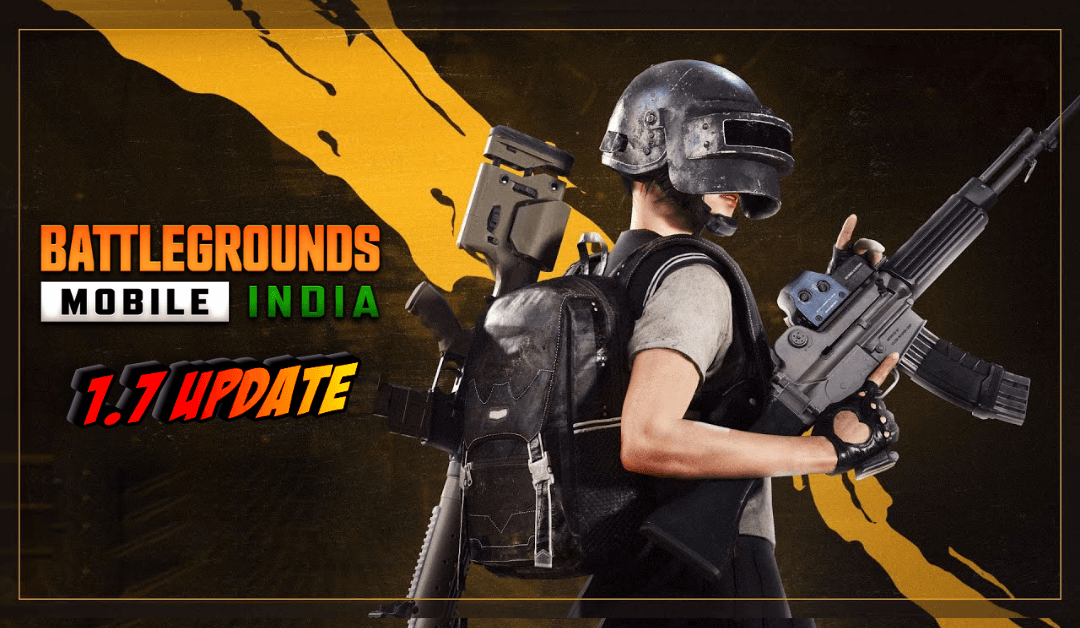 Hope you all enjoying the new BGMI’s 1.6 – Flora Menance Mode update which is quite the same Tesla update with a dark forestry theme. But still many enjoyed the new Cell-Matrix mode and more in the 1.6 updates. It’s been a month since the last BGMI update and Krafton has been currently working on the new Battlegrounds Mobile India 1.7 update. Here are some of the expected collaboration, features updates, guns, rewards, patch notes, and more.

The new BGMI update version 1.7.0 is expected to release on November 16 or November 17 of 2021. Since the update is around Christmas and New Year, the update mostly focuses on some Winter themes.

Currently, it has been confirmed that BGMI will have four major collaborations in the upcoming BGMI 1.7 update.

Jujutsu Kaisen is a popular anime web series on Netflix that has been launched in 2020. This anime series is a huge hit among the common audience and manga/anime fans. With Jujutsu Kaisen Collaboration, we can expect some groundbreaking visuals and stunning animation in the forthcoming BGMI update.

Zaha Hadid Architects is a British design and architecture firm that has created some jaw-dropping architecture and design structures around the world. Some of the famous Zaha Hadid architectures are Alijada Central Hub (UAE), Casa Atlantic (Brazil), Cardiff Bay Opera House (Wales), Beijing Daxing International Airport, and many more. With this collaboration, we can expect some stunning virtual architecture and design within BGMI which is going to blow your mind like never before.

Alan Walker’s collaboration is not new to BGMI or PUBG Mobile (PUBGM). Last time, this duo collaborated and released an amazing album song named On My Way which has been heard and sung by every PUBG Mobile player. BGMI has been returning lots of game modes back like the Metro Royale, Payload, Titan Strike, Zombie Mode, etc. They also geared upon bringing back the Alan Walker with some amazing music album for our lobby, car driving, chasing, etc.

Dune is the most anticipated Hollywood Sci-fi/Adventure movie in India. The movie is packed with some amazing cast like Zendaya, Jason Momoa, Dave Bautista, Rebecca Ferguson, Timothée Chalamet, and many more. It is directed by Denis Villeneuve based on the 1965 Frank Herbert novel. In this collaboration, we can expect lots of new areas on the map (probably the Miramar map) that depicts the movies along with some amazing wardrobes and items from the movies.

This BGMI 1.7 update also has a new event mode for a limited time period in Erangel that has something exclusive Zombie from Resident Evil 2 in action. The new game mode with Resident Evil 2 collaboration is named Survival Till Dawn 2.0. In this mode, you also have access to new and powerful RPG mission guns to fight the herd of Zombies.

Mahjong is a tile-based game played by four players. The setup time of Mahjong takes about 5 minutes and the gameplay time varies based on the variation and rule you imply. In the upcoming update, BGMI is about to collaborate with the Mahjong creator and bring a new Mahjong mode to the existing map. In the Mahjong mode, we can collect tiles, and using the tile we can redeem items in the classic games and many more.

Here are some of the most expected new features, modes, vehicles, weapons, outfits, rewards, and more in BGMI.

The ferry is a new ship that is located on the coast of Novorepnoye which moves after a certain period of time waiting on the shore.

Mission Ignition 3.0, and many more

These are some of the updates which are possibly available on Battlegrounds Mobile India. The BGMI 1.7 APK + OBB is not yet officially released for the Beta test. Once the BGMI 1.7 APK is available, it will be uploaded to our Telegram channel.

Stay tuned to our site for more BGMI updates.

Gaming is my guilty pleasure. I play games for fun and don't really mind about stats, records, or any other gaming shit. PUBG is my kind of fun and relaxation.

MGL Grenade Launcher is a grenade-throwing gun in Battlegrounds Mobile India that uses 40mm grenade ammo. Like the M79 Grenade...

In the global version of PUBG Mobile India, there is a thing called Redeem code and Redemption center, which you...

How to Get Permanent Dune Parachute in BGMI for Free

Battlegrounds Mobile India is one of the largest playing online games in India with millions of active users every day....

How to Get Rock Star Mini14 Skin in BGMI

Every season in Battlegrounds Mobile India has at least two events happen with lots of rewards and prizes. Likewise, BGMI...

M79 Grenade Launcher is a grenade-throwing gun in Battlegrounds Mobile India that uses 40mm grenade ammo. It is a pistol-like...

How to Get Pacifist/Free Chicken Dinner Title in BGMI

Pacifist is a person who believes that war and violence are unjustifiable and be against them. In BGMI, Pacifist is...

M134 Minigun is a weapon in Battlegrounds Mobile India that is available in Survival Till Dawn, Zombie, Payload and Payload...

How to Get Commando Title in BGMI

BGMI offers lots of events and achievements tasks in the game. Commando title is one of the toughest titles to...