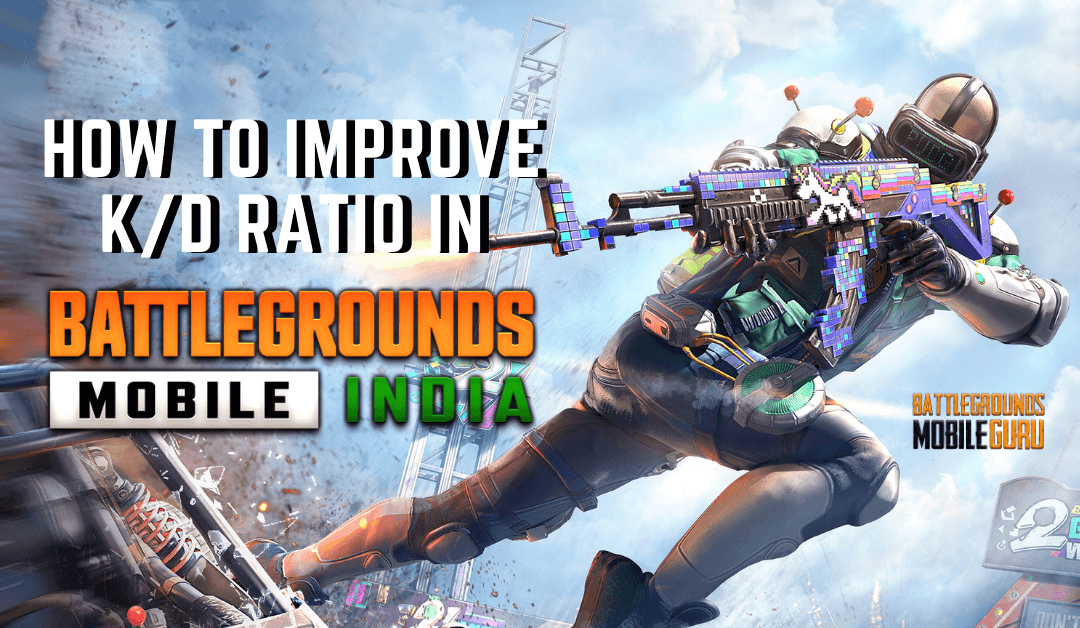 Battlegrounds Mobile India was released in India on July 2, 2021, after a year-long ban by the Indian Government. Since the launch, the game has been downloaded by over 10 Million people. Due to the overwhelming response, the BGMI gaming community has conducted The Launch Party with top streamers across India. Also, the game has launched its official Esports website with the new tournament. In this article, let’s see how to increase and maintain F/D (Kill and Death) ratio in BGMI.

What is F/D in Battlegrounds Mobile India

F/D means the Finished/Defeat ratio, which determines the average kill ratio of a player in each match. This is one of the factors that tells how good the player is in the game. The F/D is calculated based on the total number of Kills divided by the total number of matches. For example, if you have killed 100 players in 50 matches, then your F/D ratio will be 2. The more you kill, the more finish/death ratio in your profile.

Here is our tip on how to improve and maintain the F/D or K/D ratio in Battlegrounds Mobile India.

A Device with Good Specs

Even though you have good gaming skills, you need a proper device to execute those skills precisely. Having a good device will be very helpful in improving your gameplay. Factors like RAM determines the faster loading of the game, and FPS determines the smoothness of the game. Apart from that, the more PPI your display has more you can see in the game. You can also try using some of the GFX tools to improve your gameplay, even with low specs.

It is important to have an active and stable internet connection. Most games and gameplay have been ruined because of the fluctuation in the internet connection and increased Ping. So it is best to play the game without running any application in the background. Nowadays, most smartphones come with the gaming mode that helps you to concentrate on the game by hiding notifications, calls and boosting your device’s RAM.

Other than Solo, whatever the mode you play, make sure to have the same squad. Because random squad does not know your pattern or gameplay, which results in losing coordination along with your K/D ratio. The regular squad helps you have better communication and team play to survive the game. So always have a determined and supporting squad member ready for the game.

When it comes to Battlegrounds or any online multiplayer game, it is important to have a strategy or plan before making more. If not, you may result in losing a player or the whole team. Always turn on your game mic and communicate regularly. If you have found any code red situation, alert your teammate and make an attack strategy instead of a blind attack. Also, always avoid attacking in the open.

Initial kills are the most important thing on BGMI to improve your Kill ratio. Before landing on the hotspot, make sure of the following: Jump and land at the right place where you can have time to collect some basic loot. Make sure the surroundings are clear before attacking. If not, take cover and attack. Use throwable like Grenade and Molotov cocktails to attack the enemy. If surrounded, use smoke for cover, and many more.

Weapon Combination is another factor that can also result in losing combat. Set the sensitivity according to your need so that you don’t have much recoil and shakiness while using the weapon. Always aim for the head to take down the player faster. If you in the middle of 2 vs. 1 or 3 vs. 1 or 4 vs. 1 combat, don’t reload the gun in the middle of combat; instead, change to the next available weapon.

How to Buy UC for BGMI using Midasbuy.com

How to Change Character or Gender in BGMI [Battlegrounds Mobile India]

The sickle is a long wooden rod with a sharp blade on the top. It is available on every map...

The flare gun is the rarest gun in Battlegrounds Mobile India that comes under the pistol category. The gun is...

AS-VAL is the new weapon in Battlegrounds Mobile India that has been launched at the BGMI 1.7 Update. It is...

R45 is an exclusive gun that is found only in the Miramar map of Battlegrounds Mobile India. It uses .45...

Pan is the most iconic item in Battlegrounds Mobile India. It is available on all the maps in BGMI with...

P1911 is a pistol gun in Battlegrounds Mobile India that uses .45 ACP ammo rounds. It is best for short-range...