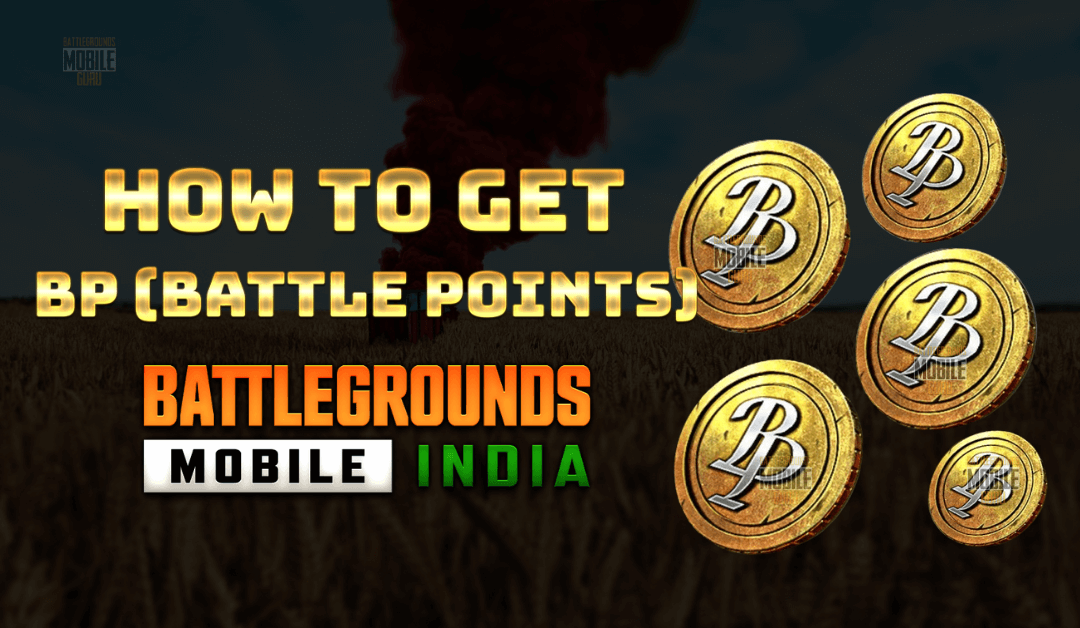 Battle Points (BP) is the coin currency in Krafton’s Battlegrounds Mobile India. We mostly use AG, Silver, Classic Crate Coupon, Supply Crate Coupon, and Platinum Crate Coupon in BGMI the most. But none of us may haven’t noticed that we may have more BP in your BGMI profile than any other, which remains unused by many users. Every BGMI player who plays the game for at least six months should have more than 25000 BP in his game account. If you want more or spend the available BP, here is our detailed guide on how to get and spend BP in BGMI.

Ways to Get/Earn BP in BGMI

There are four possible ways to earn BP (Battle Points) in Battlegrounds Mobile India (BGMI). They are

From the Missions section, you can collect BP daily just by logging in followed by completing some simple Daily Mission available. Apart from the Daily Mission, you have Progress Missions and Achievements. By attaining each level in the Progress Mission, you will get BP’s along with some rewards. Under Achievements, you can find lots of Achievements missions completing which you can earn the title for your profile and achievement display. Also, you will get BP for some particular achievement mission.

Upon completing every game in Battlegrounds Mobile India, it can be classic, arcade, or Arena mode, you will receive some amount of BP and experience based on your game performance. This BP is provided based on your surviving skills, loot, kills, and many more factors.

On every season, you can find lots of amazing events in which you can participate, complete missions, and earn rewards. By completing those event missions, you can get BP as a reward or you can collect BP by exchange the item collected from the events (if available). Even if the season event doesn’t have the BP as a reward under any section, you can always find BP under the Weekly Sign-in section. To get BP, you need to Sign-in on Day 2 (Tuesday), Day 4 (Thursday), and Day 6 (Saturday). If missed, you can still collect it by Retro Sign-in using some BP.

Ways to Spend BP in BGMI

Even though you can have lakhs and crores of BP (Battle Points) in your BGMI account, there are only fewer ways available to spend it. They are

Finally, you can also gift or send BP to your friends just by tapping on the friend’s profile picture and choose to Send BP. Sending BP to friends is one of the most common missions which you may find eventually in the Events or Missions section.

Note: You can send BP to friends with no connection. If you have a connection, you can send or gift AG to them and not BP.

Thank you for reading the article. These are some of the simple ways to earn and spend BP in Battlegrounds Mobile India. If you have any queries, let us know in the comments section below.

How to Fix Server is Busy in BGMI

How to Convert BP to Silver Fragments in BGMI for Free

Mosin Nagant is another Bolt Action Sniper Rifle in Battlegrounds Mobile India that uses 7.62mm ammo rounds. It is best...

After AWM, M24 is the most powerful sniper rifle in Battlegrounds Mobile India. Like all Sniper Rifles, M24 is best...

AWM is a special weapon that is found only in the Airdrop crate. It is the best and most powerful...

S12K is a shotgun variant with 12 Guage rounds in Battlegrounds Mobile India. It is best for short-range combat. ut...

S1897 is one of the most powerful shotguns in Battlegrounds Mobile India. It has the highest hit damage compared to...

S686 is a 12 gauge loaded shotgun that is found on all maps of Battlegrounds Mobile India. It is not...

How to Get Classic Crate Coupons in BGMI [Battlegrounds Mobile India]

Classic Crate Coupons is one of the most popular crates in Battlegrounds Mobile India where you can get lots of...

How to Get Mirror World Lobby Theme in BGMI

Battlegrounds Mobile India aka BGMI, is a popular game preferred by people across India. Recently, the developer of BGMI has...

How to Change Camera View in Battlegrounds Mobile India

Battlegrounds Mobile India was launched in India after the ban of the PUBG Mobile Global version. This version of the...

How to Get Hextech Crystal Scar-L Skin in BGMI

BGMI’s Collaboration with Arcane – League of Legends in the 1.7 update comes with lots of new modes, themes, characters,...